IN THE WORD DAILY
with Brother Rick

Genesis 19: 1, 2
And there came two angels to Sodom at even; and Lot sat in the gate of Sodom: And Lot seeing them rose up to meet them; and he bowed himself with his face toward the ground;

This devotion will not be for the faint of heart, the liberal minded, or the passive Christian. In case you have your head in the sand, and you have missed the fact the spirit of the antichrist is with us and working to destroy the work and Word of the living God, this is spiritual warfare and we are in the battle.

God tells us in Genesis 18: 20, “And the LORD said, Because the cry of Sodom and Gomorrah is great, and because their sin is very grievous;” We don’t have to be politically correct. We don’t have to pretend that God destroyed this city because of some hidden sin. We know according the Bible that Sodom was destroyed because the sin of sodomy, and other perverted sins. You say, “Rick, how do you know that?” Well let’s look at God’s take on the moral condition of the fine citizens of Sodom. Genesis 19: 5 says, “And they called unto Lot, and said unto him, Where are the men which came in to thee this night? Bring them out unto us, that we may KNOW THEM”. If you search the scriptures for the term “know” or “knew”, it is used multiple times in this context. Genesis 4: 1 says, “And Adam knew Eve his wife; and she conceived, and bare Cain, and said, I have gotten a man from the LORD.” HEY, Adam knew his wife and she conceived. They weren’t playing shuffleboard and sun tanning in the desert. They were intimate. And in our text, the men of Sodom didn’t bang on Lot’s door to treat the men with round of golf. They came after the men to know them.

Two things that we want to look at and seal to our hearts this morning about this story. Lot had all the power in this story. Lot came from good stock. Lot’s uncle was a man of God. Lot was one of God’s people. Yet, he sat in the gate of one of the most notoriously wicked cities in the history of the world. Well, at least until Asheville and San Francisco was transformed into playgrounds for sodomites. To sit in the gate of a city at this time, means that he was one of the men who made decisions. He was a well-known figure who could have helped transform the place into a godly city. But Lot chose to be like you and me. We sit back a do all our talking at the dinner table. We do all our standing for God in the church house. We practice our dignified Christian walk in silence when we’re out in the real world, where it counts. Lot could have been a godly force, but he mingled with the crowd.

Not only did Lot refuse to take a serious stand against the wicked, but he ended up spotted by the world. The sin had rubbed off. Genesis 19: 6- 8 says, “And Lot went out at the door unto them, and shut the door after him, And said, I pray you, brethren, do not so wickedly. Behold now, I have two daughters which have not known man; let me, I pray you, bring them out unto you, and do ye to them as is good in your eyes: only unto these men do nothing; for therefore came they under the shadow of my roof.” Disgraceful!!! Not only did Lot call these men, “BRETHREN”, he offered up his virgin daughters to the world, to save face with the men of God. Let me say this, my brethren are not those who claim the name of Jesus, and say they love God. My brethren are those who love God and we know they love him because they LIVE FOR HIM!!!!!!!!!!!!!!!!! Hey friend, Barack Obama claims to be Christian, God help us. He is not my brother in Christ. As evidenced by his love for sin.

Lot had failed. Lot had compromised. Lot had lost his focus and his vision. But even after all this, God came to his rescue and pulled him out of the world. Aren’t you glad God rescued you?

If not for the grace of a holy God, you might pitch your tent toward Sodom. And nine times out of ten, if you pitch it that way, you will go that way. God hated the sin then, and he hates it now. Let’s not lose focus on the greatest attribute of our God.
GOD IS HOLY!!!!!!!!!!!!

Read The Bible In A Year

From: The One Year Bible, Tyndale Press

You Are Cordially Invited: 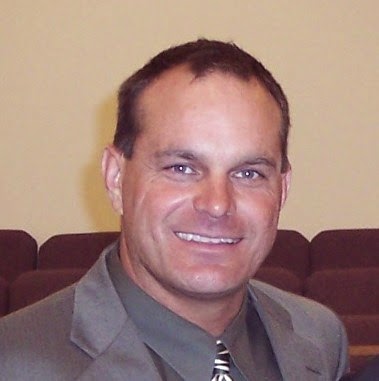